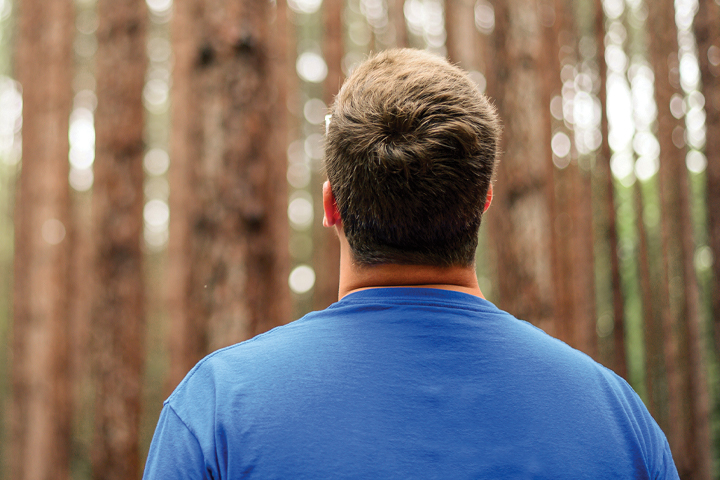 Many of the rivers in Oregon are cold and treacherous. When we were kids, our favorite river wound its way north along the eastern fringes of the Portland suburbs, through a thick forest of Douglas fir, spruce, and cedar. The river is deep and rocky, filled with crushing rapids and dangerous undertows.

There are several bridges that cross the river, where a kid can illegally jump into the icy waters fifty feet below. But danger lurks. Where the river was ten feet deep the summer before, it may be only two feet deep the next spring due to winter’s torrential rainfall washing a massive boulder downstream.

On a hot day in early spring, a boy from our high school named Mark was the first to throw himself from a bridge. He hit a rock that hadn’t been there before and was killed instantly. His parents prepared for the funeral and sent notice that everyone was welcome.

My brother Frank wasn’t going to go to the funeral because he didn’t know Mark. My brother was a two-time all-state running back, was ruggedly handsome, and is one of the most loving people I’ve known.

Frank didn’t just have friends; he had hordes of kids following him through the halls, hoping for his attention. Yet Frank often searched the cafeteria for any student, boy or girl, who was sitting alone and sat down across from him or her, bringing his fan club with him. He’d grill the person he’d just met with questions and spend time talking. When you became Frank Harrison’s friend, you became everyone’s friend.

Mark had been one of those kids. Frank didn’t remember him but recognized his picture as someone he had spoken to once. Frank decided to go to the funeral because he wasn’t sure how many kids would attend, and he wanted to honor Mark.

During the service, Mark’s father read some excerpts from his son’s diary, including a pointed section about Mark’s rejection at high school and how a star football player had taken the time to talk to him and make him feel important.

That moment had changed his life and made Mark a popular kid at school and the leader in the church youth group. Mark’s father pointed at the square-jawed boy with the thick neck and bulging arms: “Frank Harrison was my son’s best friend,” he said.

Generosity Is Giving to God What Is Rightfully His

What my brother Frank did is generosity. Generosity is giving every aspect of yourself back to God, to whom it belongs. It’s giving Him your money, your prayers, your time, your effort, your reputation . . . your rights. Most often, we do this by giving to His children here on earth.

Generosity is actually the ultimate act of worship. Worship is not just singing and praising. Worship is generously and adoringly giving back to God what He has given us. A key part of doing that is seeking out ways to sacrificially meet the needs of others.

Generosity is the ultimate in trust because it says to God, “I can share my time, talents, and treasure with others because I know You will take care of me.” When you teach a child how to swim, you’ll ask him or her to jump from the side of the pool into your arms in the water. You have great joy when, in complete trust, your child leaps into your arms. Generosity is the same. When you practice generosity, you’re jumping into God’s arms, knowing He will care for you. And those around you receive a blessing as well.

Forgiveness is the ultimate in giving to others what God has given us. To hold on to bitterness, resentment, and old wounds is to refuse to give away the forgiveness that Jesus gave us – the very basis of our salvation.

In many years of discipling men, I am amazed at how many are held back in life by resentment toward their fathers. Don’t get me wrong: hurt is a real thing. But it can only take two forms: open wounds or scars.

When you generously forgive, you release the other person, free yourself, and let God heal your wounds, so they become only just a scar. That’s the power of generosity.

Ken Harrison is the Chairman of Promise Keepers and author of Rise of the Servant Kings (Multnomah). This post is excerpted from the book.