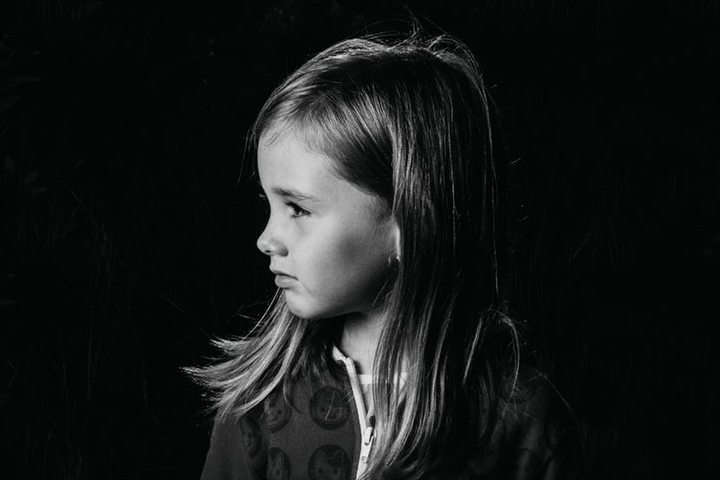 “To protect and to serve”: Thanks to Hollywood, the entire world knows that’s the motto of the Los Angeles Police Department.

For me, it was different. As a young man, I was an LAPD street cop in South Central, and I saw that motto every time I got into my patrol car. When I learned on the news that over 12,000 scouts had been abused and almost 8,000 perpetrators identified, I not only felt anger toward the perpetrators and compassion for the victims, I also remembered a night long ago as a cop when I saw firsthand the evil of child abuse.

I was working with Craig, one of my best friends. A sergeant approached us just out of roll call and said, “Hey, fellas, we got a bad child-abuse situation. I thought you’d be good to handle it.”

We drove to the daycare to meet a little girl I will remember until the day I die.

I wasn’t yet married at the time and had no kids. We arrived, and I looked at the 5-year-old girl across from me. She was beautiful and smiling. I still remember her yellow dress and the matching ribbon in her hair.

I remember her teacher saying that the girl screamed whenever she urinated. I also still remember the little girl’s innocent face as she described sexual intercourse to me in detail. That was what had happened to her every week with her father, her uncle, and her father’s best friend.

We took her to the hospital for medical treatment and then to her mother, who said as we were leaving, “I’m worried about my son. He’s with their father.”

We froze. Her 2-year-old son was with the father. We needed to get him. Now.

The father lived only two miles away, and we drove quickly to his apartment. I wasn’t yet old enough to understand that if I had a 5-year-old daughter, I’d respond to things differently.

I didn’t have a daughter, but my partner, Craig, did — a beautiful 5-year-old — and she looked a lot like the girl we’d just left.

We climbed the filthy stairs of an old apartment to meet a man who was a monster. He’d broken the most sacred trust in the world. He was a father who had stolen the innocence of his own daughter. I stood in the dark just outside a dilapidated door, drew my pistol, and kicked the door off its hinges.

The father jumped out of bed. He was naked, and so was the toddler who was in bed with him. I holstered my gun and crossed the room, closing my left fist around the man’s throat and starting to throw a punch with my right. Craig’s forearm swept me back from the man as he jammed his Beretta 9mm against the man’s head and started to pull the trigger.

From the corner of my eye, I could see the boy standing on the bed, staring at us.

I kept punching him with my free hand as he twisted the gun, trying to free it. I fought as if my life depended on it, because it very well might have. If he’d freed his gun and murdered that man, he might not have left witnesses.

At that moment a lieutenant appeared in the door, shocked to see his officers on the ground fighting over a gun. It was strange to see him there because lieutenants normally didn’t leave the station. Craig’s shock at seeing our commanding officer standing over us was enough for me to get his gun away from him and slide it to the lieutenant.

We booked the father and got the boy safely to his mother. The lieutenant never said anything about it.

As the sun was rising near the end of our shift, we finished our reports — omitting the part about nearly executing a man. Craig looked at me with disgust.

“You should have let me kill him,” he said. “He’ll just hurt more kids.”

Craig asked for a new partner the next day, and he never talked to me again.

Men, we need to commit ourselves to protecting and serving our families as never before. Our culture is putting more pressure than ever on men to be passive, silent and soft — but the biblical model of masculinity calls us to be proactive, courageous and humble.

I call God’s model for masculinity being a “servant king.” God calls men to be kings — to lead at home, to protect, to live with courage and generosity. But He also calls us to be servants at home — to put our wives and children ahead of ourselves, to nurture them, and to lay down our lives for them if necessary.

I’ve now been married to my wife, Elliette, for 28 years. The entire time I’ve known her, she’s run a successful business and comes from a family of entrepreneurs. She’s smart and confident, and nobody pushes her around.

Before we got married, my dad pulled Elliette aside and said, “In your vows, you’re going to say ‘obey,’ right?”

To which she quickly and curtly responded, “No.”

In that moment, I explained to her what leadership in the home looked like to me: “My role is to love you like Christ loved the church. It means every decision I make is sacrificially made to make sure that it’s in your best interest.” That was my commitment to her then, and for 28 years it has been my mission as the leader in our home.

Adapted from Rise of the Servant Kings: What the Bible Says About Being a Man. Copyright © 2019 by Ken Harrison. Published by Multnomah, an imprint of Penguin Random House LLC.