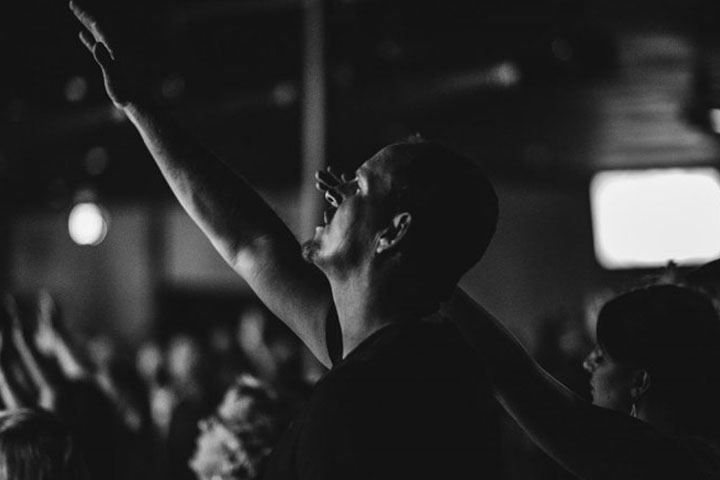 We are in a fight. If you don’t feel like you’re in a fight, then you aren’t paying attention. There are misery and need all around us, and God has called us — as men who have received His gift of grace — to fight for His suffering people, and fearlessly share the Gospel.

A continuing theme in Paul’s writings is that we are soldiers in God’s army. But soldiers fighting what? Paul wrote, “Our battle is not against flesh and blood, but against the rulers, against the authorities, against the world powers of this darkness, against the spiritual forces of evil in the heavens. This is why you must take up the full armor of God, so that you may be able to resist in the evil day, and having prepared everything, to take your stand” (Ephesians 6:12–13).

So we see that the deceivers and the deceived are really just tools of Satan and must be rescued from him. Most refuse to be rescued. Some just can’t see the truth. Some love their sin and don’t want to repent. Some just really love evil. If you stand firmly, gently, and humbly for Christ, people will have one of two responses: “To some we are an aroma of death leading to death, but to others, an aroma of life leading to life” (2 Corinthians 2:16).

A man of God in today’s society will have enemies because he is standing for the truth. If you don’t have people who dislike you because of your commitment to following God’s Word, then you’re probably not even in the fight.

My wife, Elliette, got a call not long ago from someone claiming to be with the IRS, stating that they were sending the police to arrest her and she needed to give them all her information to save herself. I’ve gotten that call; you may have gotten it too. When I got it, I just hung up. Not Elliette. “How could you do this?” she asked the caller. “Don’t you know that these kinds of calls only deceive the elderly and the uneducated? How could you steal from such people?” The caller hung up.

Unfortunately for them, they hadn’t called me; they’d called her and she’s a fighter! She prayed against them and the damage they were doing to people, and then she felt a strong push to call them back. And she kept calling them. Each time, as soon as she explained why she was calling and began her lecture, the person on the other end hung up. Finally a supervisor answered the phone and yelled at her for interfering with their business. She cussed at Elliette and hung up. Elliette kept calling.

On the thirteenth call, a young man answered. This time, when she asked how he could do such a thing, he answered her, “Because I’m a wicked man.”

“Why would you choose to be a wicked man?” she asked.

“Do you know Jesus?” she asked.

“Jesus died for wicked people. He died for you,” she told him. “He will listen to you if you repent of your sins and give your life to Him.” Elliette walked him through the gospel and they prayed together. Elliette, like a marine in World War II, took the rock in front of her, and a young man on the other side of the world is on his way to heaven. Twelve other people rejected her or cussed at her, but she found the one whose heart God had been working on, and now he’s saved.

In our fight, we mustn’t concentrate on those who reject the truth; we must just keep pushing forward for those who will respond. We are commanded to love our enemies (Luke 6:27). And we see from examples in the Bible that the more closely we follow Jesus, the more intensely the wicked will hate us. There was only one perfect man who ever lived, and they nailed Him to a cross. After that, they hunted down His apostles and murdered many of them too. It’s worth pausing and asking yourself a very serious question: Who hates you and why?