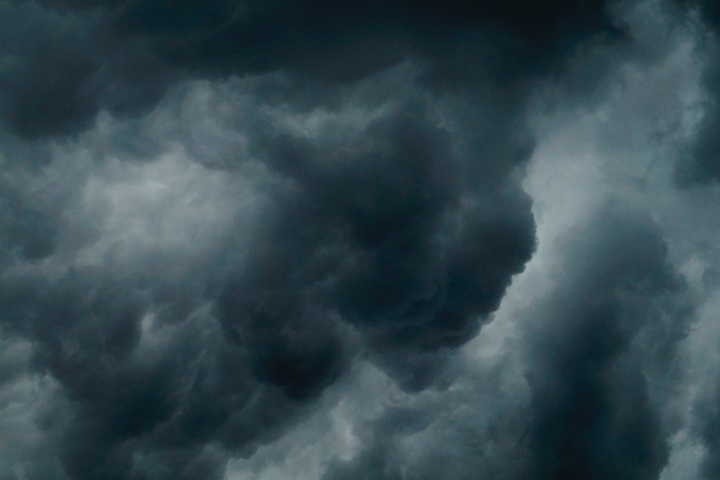 We cannot become successful followers of Jesus until we understand that we have an enemy who works tirelessly to turn us back to our sinful nature.

Scripture has quite a bit to say about Satan, yet most Christians are ignorant about him. God has written some adamant warnings about our enemy, and we need to heed them carefully. Many Christians are under constant attack by him but have no idea of the battle they’re in. They think their lack of joy, broken relationships, and failures in life originate with them, when in reality their troubles are because they are following the voice of the enemy of their souls but are completely unaware of it.

Satan is a liar and murderer. This part of him comes from his true nature, which, according to the Bible, consists of arrogance, vanity, envy, and selfish ambition. When we act in such a manner, we align ourselves with Satan as enemies of God. This is why the mark of a child of God is humility and absolute surrender to our Lord.

Paul got to the essence of this idea in Philippians 2:3, where he wrote, “Do nothing out of rivalry or conceit, but in humility consider others as more important than yourselves.”

What Does Satan Want?

Satan hates God with all of his being. God is perfect and untouchable…but we aren’t. So Satan goes after God’s children – you and me. He gets us to hurt one another and turn our backs on our Father.

Why do we let this happen? Satan is crafty. He disguises his hatred and pretends to be our Father’s friend at first. Once we let him into our lives, we start to hear subtle whispers that appeal to our egos:

The lies start to get more specific as Satan becomes entrenched in our lives, because hatred can’t really take root without self-loathing.

And finally: Why do you go on living? No one likes you anyway. At least if you were dead, they’d appreciate you. They’d feel bad for how they’d treated you.

God has already defeated Satan! Sometimes we get this idea, probably from other religions, of an equal duel between good and evil happening in the heavens. This is not the case. Satan was defeated and cast out! The only duel now is for your heart and mine. Satan can’t touch God, so he attacks His children. And he does this by exploiting our sinful nature. He does it by appealing to the pride in each of us.

With the Fall, sin became our nature and four great separations occurred, according to Genesis 3:

It’s no surprise, then, that Satan exploits these separations. He seeks to push our flesh in its natural direction, toward hatred of one another, nature, ourselves, and God. As James wrote, “If you have bitter envy and selfish ambition in your heart, don’t brag and deny the truth. Such wisdom does not come from above but is earthly, unspiritual, demonic” (3:14–15). The Spirit of God unifies and makes peace, while Satan divides. When we create unity among others, even at the expense of our own ambition, when we authentically build others up, and when we serve, we display the Spirit of God. When we gossip, slander, act out of jealousy, and create division, we show that we’re following the voice of Satan, acting as enemies of our Savior and Creator.

How Can We Tell When Satan Is at Work?

Satan can perform miracles and cause people to do so (2 Thessalonians 2:9–10; Revelation 13:13–14). Many Christians have been led astray by false teachers who have performed great signs. How do we tell the difference?

When the church is divided, the cause is often false leaders in the church who, out of ignorance, laziness, or greed, complicate the gospel, adding some form of works, tradition, or hierarchy. This allows one group of people to elevate themselves over another, selling out the free gospel of Jesus and controlling others. Jesus is not unaware of their schemes.

Believers who are walking in obedience to God’s Word have nothing to fear because they are protected by Christ. “He has rescued us from the domain of darkness and transferred us into the kingdom of the Son He loves” (Colossians 1:13). However, when we knowingly commit sin, we open ourselves up to Satan’s deception.

We must exercise patience with those who are not walking with Christ, because their minds are blinded. “Perhaps God will grant them repentance leading them to the knowledge of the truth. Then they may come to their senses and escape the Devil’s trap, having been captured by him to do his will” (2 Timothy 2:25–26).

To those who have the truth, the arguments of unbelievers are senseless, but we mustn’t condemn them or curse them but pray for them. Only prayer and patience will unlock the minds of unbelievers so they can see the truth.

How Do We Fight Him?

As we will see time and again, Scripture calls us to be in a fight. The first call is to fight against Satan.

Satan is a liar. His power comes through appealing to our pride and our flesh. If we’re surrendered to God, Satan has no hold on us because our lives will be shielded by the armor of God. We want to know who he is and what his schemes are so that we can recognize when he is deceiving us or others. We too often engage the lie rather than the liar.

Life according to the flesh, which is under perpetual harassment by Satan and his lies, always brings pride, discord, and division. Life according to the Spirit always brings humility, peace, and unity. Satan uses the same tactics he did thousands of years ago because they have always worked. He moves among us, appealing to our pride. These are still his main temptations to God’s people.

Now we see the immense responsibility that God has given to each of us. We must humble ourselves so that we can fight. Once we know what is wrong with us and who our enemy is, we are ready to become the people God has called us to be.